Should You Advertise Your Consulting Firm?

Is it worth putting advertising dollars behind your own consulting business? If you do advertise, what makes sense, and what doesn’t? Listen in to this five-minute breakdown.

Hey guys, I want to talk to you about whether you should advertise for your consulting firm. And if advertising is a way to get clients into your firm, and generally as a consultant, as a marketing consultant, you’re going to deal with advertising a lot for your clients, but turning it around for yourself, you should be pretty capable, figuring out is this going to make sense or not, but just like with your client businesses, you need to step back and really think this through from the perspective of the buyers at the end of the day, trying to step into where their mind is in what their decision process is. So when it comes to hiring a marketing consultant, where do they come from in what mindset and how do they typically find to choose who they work with for these types of projects. Now, in general, I’ll flat out say advertising is not something I would recommend for a consultant, not for their own business.

And the reason is that the Brian process for the real buyers, the real people who hire consultants, they’re not going to really respond well to advertising. They’re not going to really make those decisions based on advertising. And they are really going to be somewhat blind to it. In general, it’s not a medium that tends to work. However, there are some caveats and there are some things that would be just fun to explore a bit. So let’s talk about those. If you’re in a highly targeted market, a very specific industry, and I’m not just saying hospitality in general, but you work with vegan restaurants and you know, where vegan restaurant owners are going to be. You can go ahead and advertise. They’re now advertising in those cases might shift into being sponsors of some short event sponsors. And that does get you in front of a very specific group and it gets you exposed to them.

But those kinds of advertising mediums and those sponsorships really are best when you can tie in a personal connection as well. So if you’re looking at something like that, if you have a very specific target market, look at how you can form that sponsorship so that you also get in front of them. So if it’s an event, maybe you’re also speaking at the event, you’re sharing something unique. That would be interesting to them, and also build your level of credibility in that personal connection as well. That’s where it could work, but just blasting your brand out there. You might get some awareness, but awareness. We know it doesn’t go too far. If there’s not the next step involved, you also will probably get hit by these golf courses and country clubs that reach out to you and say, you can have your brand advertised on the scorecard.

And they actually had a client that did this once. And I said, all right, well, let’s just make sure we test this in some way. So let’s put the URL as this specific URL. So if someone searches for your company and they look you up and then go to this URL, we can at least track what that activity is. And lo and behold, at the end of the year that scorecard placement received zero visits. Now that doesn’t mean sponsors sponsoring a golf course is a terrible idea, but it’s a good indicator that it’s not really worth it. And that is something where, you know, the promises of your clientele are coming here. They’re going to see your ad and it’ll produce results, probably not going to happen. Now it does take one client to end up making your return there, but you should be careful about where you spend your attention dollars at the end of the day.

So let’s focus on something that is sustainable and can build on itself and not these random little sponsorships and advertising and opportunities. So what I did say in the beginning is that advertising doesn’t work, but it might work if you tack onto a sponsorship, a speaking engagement, essentially. And I would say in general, if your advertising can be positioned as thought leadership and can be leveraged in that way, that’s where you can gain some real footing, forget about traditional advertising and just place your ads out there. Using leadership as your main medium in advertising can build off of that or enhance it. Great if we can amplify what you’re doing great, but otherwise it’s just not worth it. 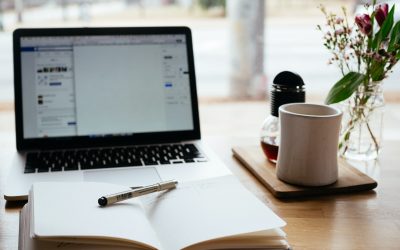 How To Become A Marketing Coach

Coaching is a growing field in the world of marketing — and marketers are oblivious. Organizations go through cycles of taking marketing in-house, or outsourcing to agencies. But regardless of where the cycle is, they always invest in their internal teams. Coaching is an excellent way to transfer knowledge from yourself, the coach, to the client’s marketer(s). 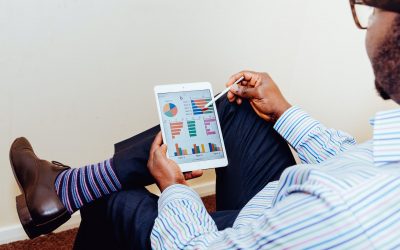 Shifting Your Mindset In Marketing Services

There are three things to consider in the marketing services business to be successful. This goes to marketing consultants and agencies alike. These are *building blocks* for your business — the essential elements you need for your business and for yourself to approach your day-to-day and the big picture.